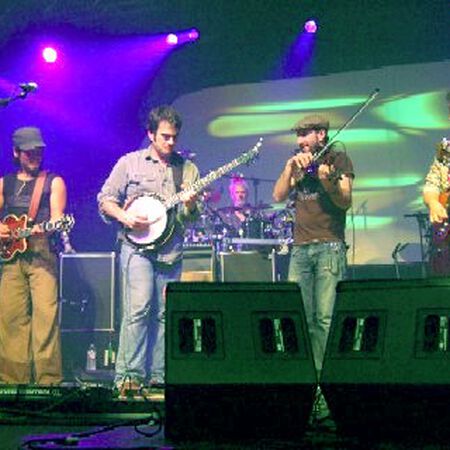 "Lynn, I`m so sorry to hear about your son. I was making CDs for a friend to try and get him turned on to The Cheese, and was reminiscing on shows I attended when I read your post. Twenty-One is so young. Regards, Gary."

"My son was a huge fan of SCI, he toured the east coast with the band and met alot of interesting people along the way. I never even knew about String Cheese until he started playing the songs over and over in his room. Believe me, now I`m hooked on the music! My son`s name is Craig B----. He was at the Fillmore concert Thurs., Fri., and Sat with his close friends. He even had tickets that were found in his wallet for an additionl couple of days in another city. I`m sorry to say he passed away in the hotel room early Sun. morning. He was 21. He will be missed dearly. Knowing that he saw his favorite band before he died makes it a little easier for me as a mother. He probably is still going to every concert in spirit. He loved you guys. Take Care, Lynn."

"My personal favorite of the Denver shows. Enjoy this one. From the beginning to the end a great show."

"This should have been the big peak of the Fillmore run, and it almost was. The energy was incredible, and the setlist was written to be a huge night, but there were a few major mistakes that make me feel Friday was the better show. Most notably, the first half of It Is What It Is was TERRIBLE, marred by lyrical flubs and bad changes. Once they got into the `I Love the Jam` jam though, Keith and Kang really stepped it up. I`m not really trying to be negative, because it was an incredible show, I just feel that the gears slipped a little bit and they didn`t quite hit it the way they wanted to. The bluegrass sit ins were great, especially Bryan Sutton who is on a whole other level. The show definitely reached a big peak though with the Galactic> Shine Reprise. They ARE smart enough! Overall this was a really emotional show, with Jack`s heartfelt and clever speech bringing to mind right away that this could be the last Fillmore Incident ever. Restless Wind to open brought the tears as we remembered back on all the amazing times we`ve had in that room. Roots run deep. I hope a recording of the opening set surfaces, because we could not hear a THING up front during it."

"It`s all about the Galactic...amazing. peace"