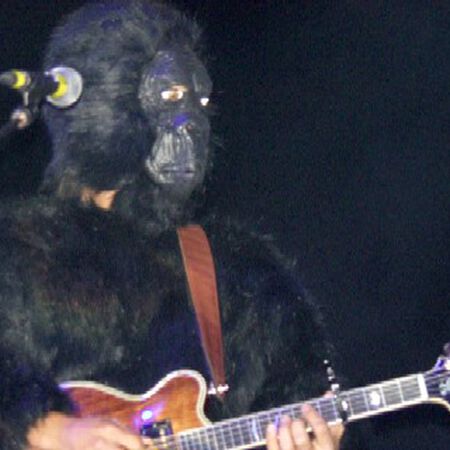 Welcome To The Jungle 395

Welcome To The Jungle 162

"This was another great Vegoose Incident for all the reasons already discussed: stage set-up; song selection; energy levels (both band and crowd); and acrobats! Among the songs, I seem to be drawn again and again to the Little Hands> Concrete Jungle> Bumpin Reel jam. Sound quality is terrific. Not sure about everyone`s assumption that SCI will expire post-Nershi. We`re all sorry to see him go, but the band`s announcement doesn`t indicate that SCI will split up; rather, they have not announced plans for any shows after Summer 2007. I think they typically do not announce their tour dates more than a few months in advance, and they are likely keeping plans quiet out of respect for Billy. SCI has many miles left to travel, in weird and wonderful directions. Can`t wait to be there."

"WOW! What a great time and VIBE! The band came out in gorilla suits head to toe and opened with a childhood favoite "hey hey were the monkeys" dropping inflatible monkeys and tossign thousnads of glow sticks everywhere then they kept the jungle theme popping all night lacing jungle related tunes everywhere. Did I mention I LOVE THIS BAND!!!! I can`t believe after witnessing that kind of togeherness and unspoken connectivity that the band woudl be calling it quits just days later. We have so much more to learn from these guys and the special vibe they bring where ever the go. I Loved the whole show begin to end with an awesome encore "doin my time" and "darly" to end such a great and unforgettable night!!!! Guys please consider keeping the dream alive even if it`s a side project for now, there is nothing like you and you can`t be replaced. "