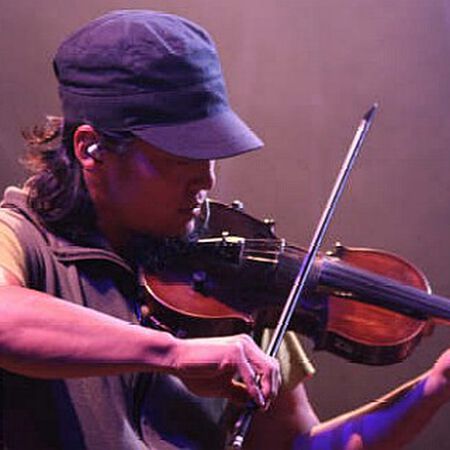 "I disagree with Josh, but I don`t think it`s cool to verbally attack anyone on this site for stating their opinion. I wasn`t at this particular show, but I just wanted to comment on String Cheese`s sound that they`ve been cultivating since `03. Their sound changed a lot in `03. The jams got a lot spacier and more psycedelic. Jason`s joining of the band in `04 only enhanced the musical direction they were heading. I think he adds a whole new dimension to the music. True, Travis is a great drummer and he was able to fill both roles of drummer and percussionist at the same time, but Jason being there frees him up and allows the whole band to get more experimental. I`m gonna miss you guys. I`ve had real good times at your shows."

"Seen Cheese every visit to New England since 2000 (Halloween 2000 in Portland, ME still the best show I`ve ever seen by anyone and I`ve seen a show or two in 40 years). Worcester set list was amazing and the band as tight as ever. Thought the venue was pretty grim, though. We need to remember not to jump on the stage at a hall where the Goons are used to bouncing at "puke on my microphone" shows. You can get your thumbs broken real quick. Not much love eminating from Gehngis Kan Sunday night. "

"I actually tottaly agree with that josh guy. I listened to alot of stuff before seein them live, I Like the percussion alot. But I think that the drummer does a fine job on his own. very impressive. But Those Drum jams they do, I am just like what?????? But I really enjoy the music. And I love how people are threatening other people because of there OWN oppinions. This is not cheese type talking. By the way I am 13 years old"

"John your an idiot and you need to keep your mouth shut!"

"my 3rd cheese show and had to be the best. couldn`t ask for a better setlist, the entire show was so intense from beginning to end ... howard and rivertrance were a tight as can be"