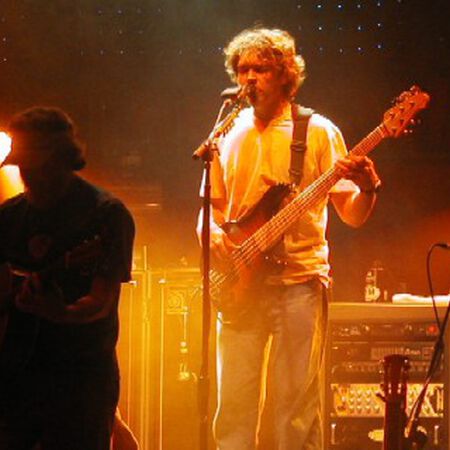 "It is shows like this that make us all love cheese!!!! Both Friday and Saturday night were off the charts making it a no brainer to travel the 1500+ miles for the weekend of heady cheese."

"Yup, I`ve seen over 35 shows and I have to say the boys are sounding more refined and on point than ever before. Last Asheville showing was super weak...lot`s of folks in this neck of woods seemed to be giving up on the boys. BUT, low and behold this weekend`s visit to the Smokies was bad-ass! Cheese definitely means business these days...certainly worth a listen!"

"I have been seeing Cheese shows since 1997 bar gigs and in the sights Ive seen them, I have enjoyed them most in Asheville. The band always lifts their performance up a notch. After a subpar outing in 2003, I knew this visit and the move back to Thomas Wolfe would benefit the vibe as well as the sound. SCI did not disappoint as they took what intensity was built in night one and capitalized on it to the upmost and in the process raised the bar for the shows that follow on this tour. The addition of percussionist Jason Hann has also brought a very welcomed fullness to their overall stage presence and has helped in bringing the climaxes to many of the tunes way higher than I have ever seen in the past. I feel that 2004 has been the "Rebirth" for String Cheese with their musical direction as well as in the dedication of their fans. This show featured everything you could ask for in a present day concert. They played their classic rock covers, familiar bluegrass tunes, new ditties, tranced out jams, tropical flare, featured special guests and played the old time favorites that I still go to see. Top notch performance. Enjoy!!"

"?!?!??!?.... I cannot even put this into words!!... i`ve never liked ring of fire until i heard cheese playin it!! unfortunately i missed friday due to getting lost but saturday made up for it definately!! throughout the whole show the vibe was very chill, yet full of energy. I have NEVER experienced anything like i have at the past two sci shows (birmingham and this one!).. you really feel their love for the music with every note played, which just takes the audience into a whole other world... and KANG on that mandolin ( especially during Rivertrance) sent chills through my body!! and don`t forget the PERCUSSION AND DRUMS!!!!!!! There were a couple of times when Trav and Jason would do solos and just astonish the crowd with their energy and bring even that much more energy into the audience... Very Very Well done Incident!"