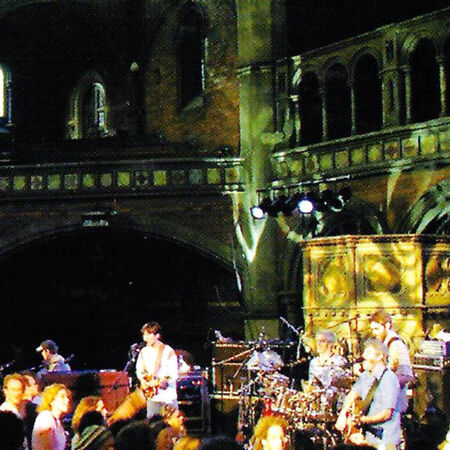 "London was my first incident. My two firends and I showed in northern London stepped out of the tube station and saw a chapel. We expected that the concert venue was named after the chapel but when we saw people lining up outside of this old chapel (stained glass windows and all) we realized that that was the concert venue. There was about 400 people there and SCI mixed it up with some bluegrass, jam, mixed with a little rock especially at the end when they broke out Ramble On. There was a little garden off to the side of the chapel and people were gathered out there as well as in the chapel. The acoustics were out of this world and so was the atmosphere. During the set brake the guys from the bound came and drank with the crowd and had a chat. Real chill overall. I still have yet to see a cheese show that tops it."