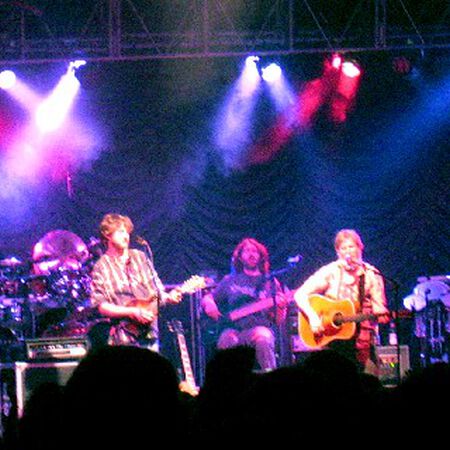 The Mighty Quinn (Quinn the Eskimo) 544

"this show was so short. i was kind of disappointed. drum battle was cool. superstitions was the best song by far."

"Words can`t explain a show like this. This was my first SCI show and it won`t be my last. My friends were the ones who brought the glow sticks, he spent over $200 and ended up with about 5,000 sticks. I think they made the show that much more amazing. I have never seen anything like it. SCI changed me forever. I love you guys. See you in Morrison, CO in July!!!"

"this show had some weird energy...while the boys RAGED,the crowd seemed to kind of overtake the evening. the band was getting pelted with glowsticks the entire night and my whole group got pushed out of our spots by rude kids. anyways,just one story is really coming into it`s own. this one was real jammed out.next drew came out and they busted elvis`,which i was ecstatic about.some more drew action and then the break. the whole first set was good but i couldn`t get into it because of the lack of understanding of the crowd. for the 2nd set,our crew reconvened at the sbd and raged it hard. **the 2nd set of this show is one of the best sets of music i have EVER seen in my life.** it`s like they came back out to take control back and boy did they. the opening CAYA > life during wartime > CAYA had me out of breath and screaming for more.then they reward me with quinn?! the jam from lost into search was hot and then they cooled us back down before they ended with a raging rivertrance > river`s rising > rivertrance.drew was goin off on electric in the RT jam...this show is DEFINITELY worth the money to hear...and thanks for the comment bill :)"

"hey, i jsut wanted to say that that show was one of the best incidents ive ever gone to. you guys can really put on a good show. thanks for that awesome night and keep on jammin."