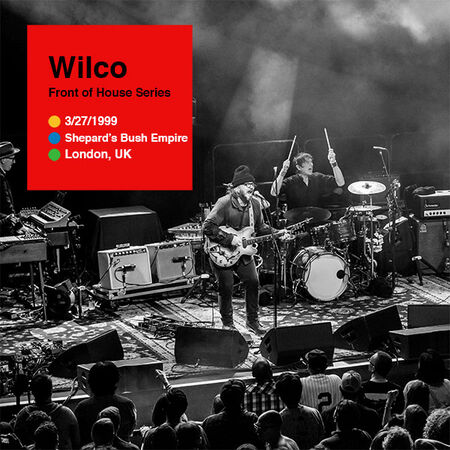 Before embarking the following month on a proper tour in support of the release of Summerteeth (a tour that would last for most of 1999), Wilco played a few "showcase" shows, including this one at Shepherds Bush Empire in London.  As evidenced by this recording, as well as the one from New Orleans (which also exists in the nugs.net archive), these shows kept things pretty "close to the vest", presenting the new material in arrangements that were very close to the recorded versions (in contrast to the looser approach that would prevail later in the year).  With Jay Bennett spending more time behind the keyboards, and the continued use of Leroy Bach as an additional sideman, the band was able to reproduce the lush sounds heard on the album, which was released three weeks prior.  In addition to the new Summerteeth material, other highlights include powerful versions of "Hotel Arizona" and "Hesitating Beauty".

Source recording: 2-track CDR recorded from the soundboard.  Note that the first song, "I'm Always In Love", has been omitted due to irreversible distortion inherent in the master recording.

How To Fight Loneliness 276

When You Wake Up Feeling Old 213