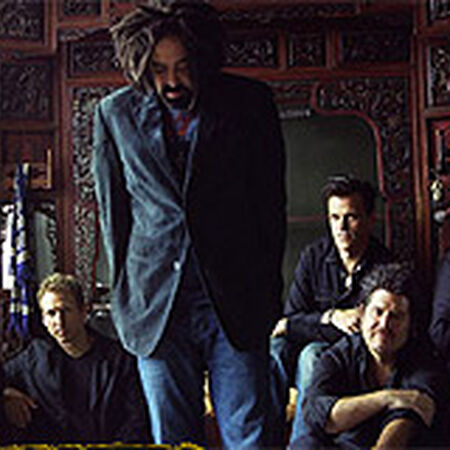 "I didnt see this show but this setlist is every song from August and Everything After in order.... interesting"

"We went to see the Counting Crows in Albuqueque, New Mexico on September 9th, 2008. I was so disappointed because most popular songs like "Round Here" and "Sullivan Street", were not sang. This is the only CD I listen to in my car driving 1 hour to the airport...............this album keeps me sane. I ABSOLUTELY LOVE THE COUNTING CROWS!"

"They really don't play Sullivan Street enough, and this version of it is pretty bleeping good. "

"The intro to rain king was a tribute to Mr. hayes who died that week. If one listens to it as it was given by CC, than it is not esoteric or "rambling" at all. In fact, listening to Mr. Duritz sing about "Black Moses" is very touching. To have August presented in its whole is a gift and I highly recommend this concert to anyone who loves the album or the group. When Mr. Duritz says to Immy, "play with me" in Rain King, I was taken aback. It is such a one on one moment. When he counts down and then lets loose the band, it was just wonderful. I felt sad listening to some parts of this concert as it appears that Mr. Duritz is trying to reach back and find what he thinks that he lost. He says at one point that his songs used to be beautiful. They are all beautiful and he needs to just go with them. I have been at many concerts and, if they just played them in the right order, they could be so powerful and so wonderful. They need to look at their concerts the same way they look at their albums...as a totality of their worth. Mr. Duritz hold the mouthpiece and can sway a crowd however he wants. If he would just work the audience as a person who was the writer of Mr. Jones in the late 80s did, he would command. He just has to channel that young and hungry "wannabe" rockstar that we all want to be. Freddie Mercury once held a crowd of Wembly in his fingertips by having them sing along. It was magical. Check it out on youtube. Mr. Duritz could do the same and pick a song list that matched. However, they don't seem to do that. They just muddle through and get it over with. What an injustice? Why be so mundane? The crowd comes to just release and be entertained, so do it. Let go. They are living the dream so just let go! "

"all from august and everything after. thats impressive although not what i would want to see in a concert"