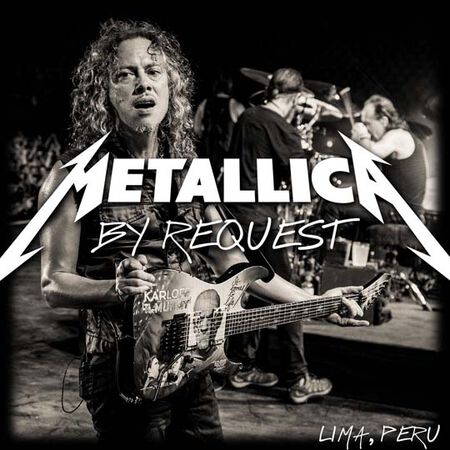 This was the second time that Metallica has performed in Lima, Peru.

This was the third show of the "Metallica By Request" tour where each member of the audience had the opportunity to vote for the setlist before the show at MetallicaByRequest.com.

This was a bit of a unique setlist as "Sad But True," "Nothing Else Matters" and "For Whom the Bell Tolls" all were not voted in to the final set.

The following songs, in addition to the new song "Lords of Summer," were performed in Lima for the first time: "Welcome Home (Sanitarium)," "Disposable Heroes," "The Unforgiven," "...And Justice for All," "The Four Horsemen," "Whiplash," "Orion," "Ride the Lightning," "Fight Fire With Fire" and "Hit the Lights."

"Hit the Lights" was the "Vote of the Day" song in the setlist. The audience was asked to vote between "Lites," "All Nightmare Long" and "The Day That Never Comes" throughout the day.

"A true testimony to the Metallica renaissance!!! The set list is one of a kind and their performance is powerful and as heavy as it can gets ."