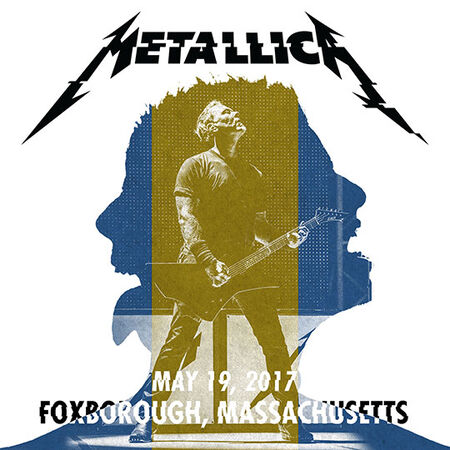 This was the 23rd time that Metallica performed in Massachusetts.

The band first performed in Massachusetts on July 30, 1983 at The Rat in Boston.

Metallica last played in Foxborough on July 6, 2003 during the Summer Sanitarium Tour.

This was the first time that “Hardwired,” “Atlas, Rise!,” “Now That We’re Dead,” “Moth Into Flame” and “Halo On Fire” were performed in Massachusetts.

The was the first time in 20 years that the electric version of “Motorbreath” was performed in Massachusetts.  It was last played on March 4, 1997 at the Fleet Center in Boston.  An acoustic version of the song was performed a year later on July 19, 1998 in Mansfield.

This was the first time in 13 years that “Fuel,” “The Unforgiven,” “Fade to Black” and “Fight Fire with Fire” were played in Columbus.  They were last played in the state in October 2004 during the Madly in Anger With the World Tour.

"It was an awesome show! First time seeing them in Ma, but 70th time overall. They brought the house down. The added intro they did for Halo on Fire was bad ass! "

For Whom The Bell Tolls 266