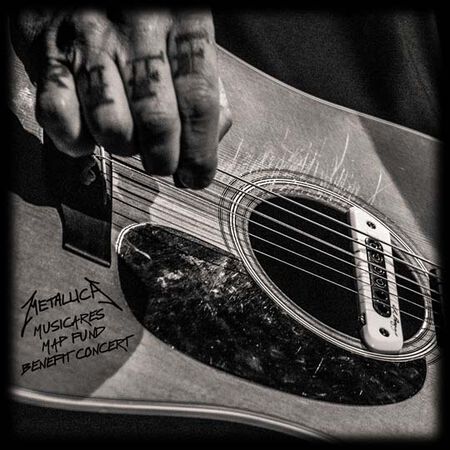 MusiCares provides a safety net of critical assistance for music people in times of need. MusiCares' services and resources cover a wide range of financial, medical and personal emergencies, and each case is treated with integrity and confidentiality. MusiCares also focuses the resources and attention of the music industry on human service issues that directly impact the health and welfare of the music community

Metallica performed a cover of Rare Earth's "I Just Want to Celebrate" for the first time in seven years. It was last performed on October 28, 2007 at the Bridge School Benefit.

The boys performed their cover of Deep Purple's "When a Blind Man Cries" live for the first time.

Ozzy's favorite song by The Beatles is "In My Life," so it was fitting that the band performed it for him.

The night was capped off by a cover of the Ozzman's own "Diary of a Madman."

All net proceeds from the sale of downloads of this show will be donated to the MusiCares MAP Fund.

I Just Want To Celebrate 290