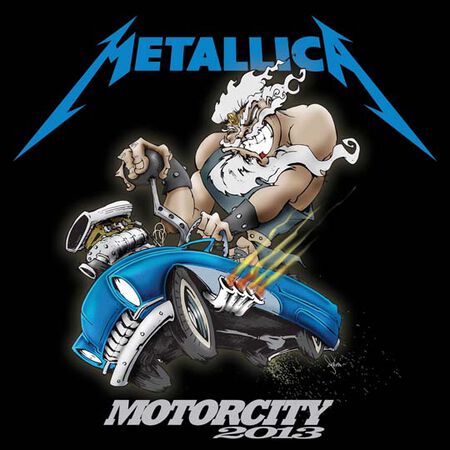 This was the closing night of the Orion Music + More festival.

This was the 18th time that "Disposable Heroes" was performed since May 2008.

This was only the second time that "The Day That Never Comes" had been performed since the World Magnetic tour ended in November 2010.

"Carpe Diem Baby" was performed live for only the second time.  The deep cut off of 1997's Reload was previously performed during the Fillmore shows in 2011.

"I Disappear" has only been performed 10 times since November 2005.

This was the first performance of "Turn the Page" in a year and a half.  It was last played during the band's four night stint at The Fillmore in December 2011.

For Whom The Bell Tolls 254

The Day That Never Comes 508