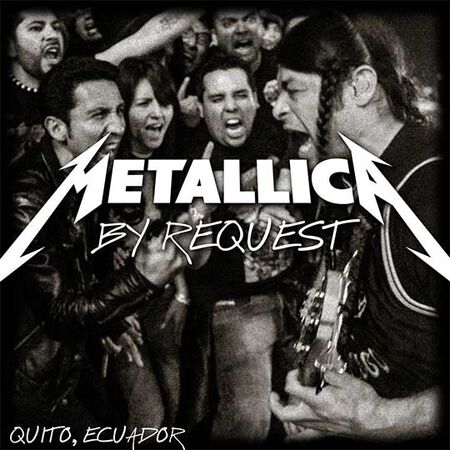 This was the very first time that Metallica performed in Ecuador.

This was the second show of the "Metallica By Request" tour where each member of the audience had the opportunity to vote for the setlist before the show at MetallicaByRequest.com.

"Fuel" was the "Vote of the Day" song in the setlist.  The audience was asked to vote between "Whiplash," "Fuel" and "The Day That Never Comes" throughout the day.  "Fuel" took a strong lead early and never fell behind.

For Whom The Bell Tolls 303