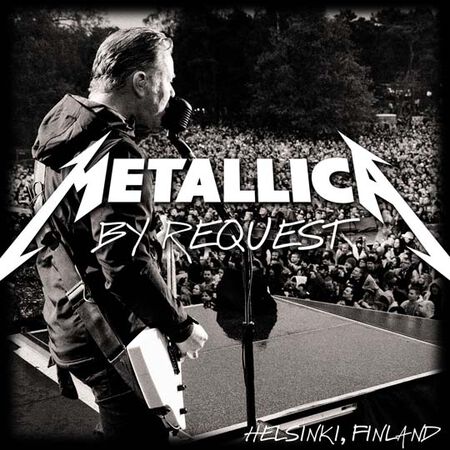 This was the first show on the European leg of the "Metallica By Request" tour.
This was the 17th time Metallica has performed in Finland since 1984.
The setlist featured the Top 16 songs as voted on by the fans, a "Vote of the Day" song that compiles text message votes cast throughout the show + the new song "Lords of Summer."
After nearly 26 years since the release of ...And Justice for All, "The Frayed Ends of Sanity" was performed live in its entirety for the first time.
"Whiskey in the Jar" won the "Vote of the Day" slot after battling it out with "Creeping Death" and "Harvester of Sorrow."
×

Setlist at Sonisphere at Hietaniemi Beach, Helsinki, FIN on May 28, 2014

For Whom The Bell Tolls 298