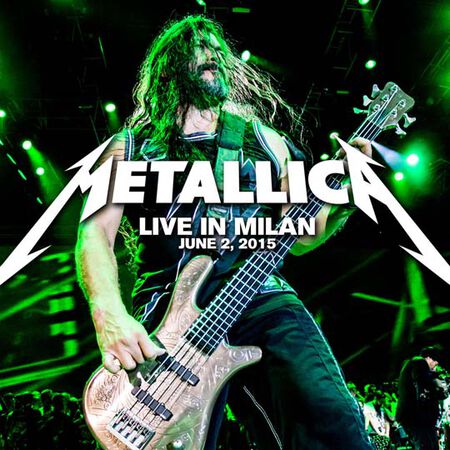 This was our 11th visit to Milan, Italy. We first visited Milan on February 5, 1984 – it was only the second time we had played in Europe! We were last in Milan on July 6, 2011 during our European tour with The Big 4.

The set kicked off with “Fuel” which, believe it or not, hadn’t been performed in Milan in 16 years! The song’s only performance in Milan was on June 5, 1999 at the Gods of Metal festival.

It’s been nearly 31 years since “Metal Miltiia” was played in Milan. It was last performed here on November 27, 1984.

“Disposable Heroes” has only had the luck of being performed in Milan once before. It was previously played here on June 22, 2009 during the World Magnetic tour.

Four out of the next five songs were played for the first time in Milan. “The Unforgiven II,” “Cyanide” (really!), “Lords of Summer” and “The Frayed Ends of Sanity” all had not been performed here prior to today’s show. “Sad But True” was the staple that fell in between these four songs – as you could probably guess, “Sad” has been played at every show in Milan since November 17, 1992.

For Whom The Bell Tolls 266