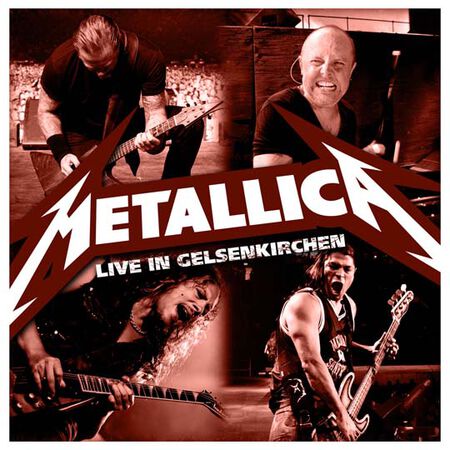 This was the second time that Metallica had played in Gelsenkirchen. The band last played the city on June 10, 2004.

This was the first time in eight years that Hit the Lights opened a show. The last time the song was used as an opener was on June 6, 2003 at the Rock Im Park festival.

This was the first time in six years that Master of Puppets occupied the second slot of the setlist. It was last played as the second song on November 13, 2005 in San Francisco, CA.

The Shortest Straw has only been performed 11 times over the last ten years.

SHOCKER!!! Seek and Destroy did not close the show! It was performed as the fourth song in the set.

This was only the eighth time that The Call of Ktulu has been played over the last 25 years.

SHOCKER #2!!! Fade to Black replaced Nothing Else Matters!!!

For the encore jam of Diamond Head's Helpless, Metallica was joined on stage by Dave Mustaine, David Ellefson, Shawn Drover, and Chris Broderick of Megadeth, Charlie Benante, Rob Caggiano, Frank Bello, and Joey Belladonna of Anthrax and Andreas Kisser of Sepultura who is currently filling in for Anthrax's Scott Ian. Dave Mustaine performed the first half of the guitar solo.

For Whom The Bell Tolls 259