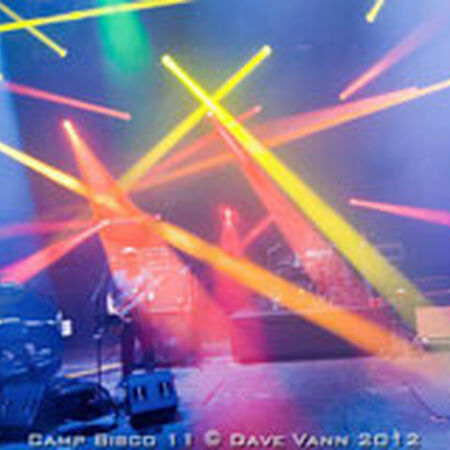 "I was going for a short vacation to San Antonio and needed some Biscuits for the trip (yeah right!) and downloaded this monster set from day three of Camp Bisco 2012. If you know Camp Bisco Day Three you will know it's the day the Biscuits play three sets throughout a long day of music. The show starts off great with "Plan B." and the mammoth "Jigsaw Earth" but by the end of set one the band seem to deteriorate with set two being one of the worst sets I have ever heard. Set three pulls things together for a average run through some good tracks but overall I see why people look down of 2012. Yet there is some moments of this show I really like...A LOT. The band has a nice stripped down sound which brings a Phish like vibe to a lot of this which is missing in a lot of the more jamtronica recordings. Plus look at the set list...it's insane! Into the four cd range. Overall though, this is one of the weaker Camp Bisco shows I have heard yet. On this day Mark and Aron even played a fourth set with Conspirator for the v.i.p.'s. Boggles the brain...it does."