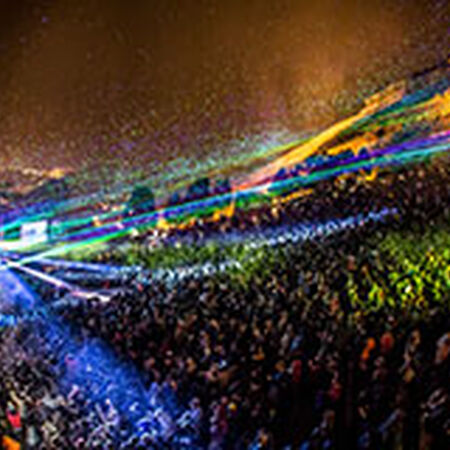 A Fifth of Beethoven 517

"Let's face it last years hook up with Bill Kreutzmann and Mickey Hart at Gathering of the Vibes was a bit of a disappointment, but this year they got it right. The first set is just the Biscuits and although I think I've heard "Memphis" and "Basis for a Day" enough I have to admit they are fine openers for a more jamband / Grateful Dead kind of audience. However the real highlights of the first set was the return of "Caves of the East" and the old standby "Spraypaint". Set two brings out the Dead drummers along with Tom Hamilton for as good of GD set as I could have ever hoped for. Great "Crazy Fingers", "New Speedway Boogie", "Terrapin Station", "Wharf Rat" etc. Set three (!) is back to a mixture of Disco Biscuits and Grateful Dead pieces with Tom Hamilton again adding second guitar to the last three pieces. Granted set one and three are pretty standard, but set two is the one to hear, pleasing this hardcore fan of both the Biscuits and the Dead!"