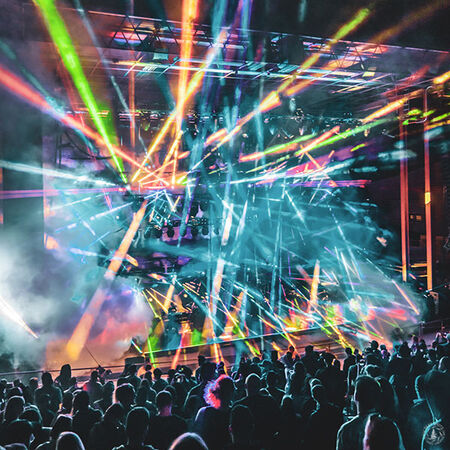 "I suppose as my first inferno I'm a little biased but I had so much fun the first two nights at Ogden that by the time we reached Red Rocks it was a total dream. first set was a scorcher with that rockafella>buddha>Rock candy>buddha. feeling pretty spoiled as a newer fan to have caught both craters in like more than a decade?! standalone rockafella fucks second set was easily just as fun and the blondie cover was a highlight. always a good time when barber is loving it. hear some complaints about them playing it safe but those are the same kids flipping burgers at BK stuck in 09'. is this your favorite band or what?"