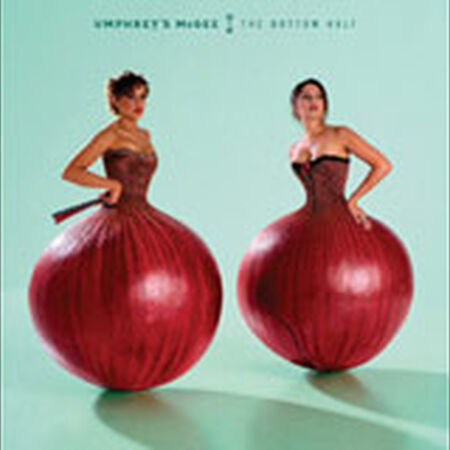 A spontaneous follow up to their spring 2006 studio release Safety In Numbers. Titled The Bottom Half, disc one features ten tracks that were originally recorded during the SIN Sessions, while disc two offers outtakes, alternative versions of songs, a cappella recordings, and other bits from the band's 2005 studio sessions. As with Safety In Numbers, famed album artist Storm Thorgerson will design the artwork for The Bottom Half.

"sicky sickness, i like the studio higgins with horns. and what is mac talking about, the outtakes are there to how the magic works in the studio. and umph would never "dumb down" songs just for more crowd, not the um i know at least."

"I have grown accustomed to hearing the songs live. The studio takes away from what I like most about UM. Whats the point in releasing a bunch of outtakes that were never intended to be listened to anyways. Personaly, I would like to hear more songs like 2x2. I really enjoy that epic big sound, with lots of different rifs and changes. I feel like the songs are dumbed down to attract a larger audience. No need for that."