Live at the Murat 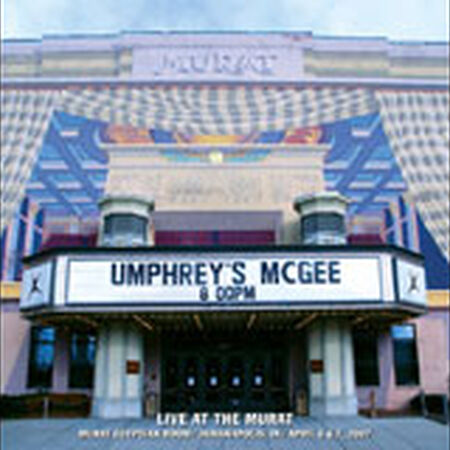 In The Kitchen (acoustic structure) 248

In The Kitchen (electric structure) 137

The ascension continues for Chicago’s Umphrey’s McGee, not only in terms of their commercial success but in creative accomplishment and instrumental achievement as well. Their performance on Live at the Murat (SCI Fidelity), the band’s first official live release, is as impressive as anything they’ve recorded to date, with the power and finesse, the yin and the yang, that have come to characterize their by-now classic material. Recorded in Indianapolis in April 2007 and produced by longtime “sound caresser”/honorary seventh member Kevin Browning, Live at the Murat is innovative without being indulgent and exhilarating without losing control. Clearly, logging 120 gigs a year, “live” is where UM lives.

"For some reason, iTunes, in their infinite wisdom, attached a track to the end of the album that is not on the proper release. Download here and feel good about it... you're not missing anything but an iTunes six dollar extra!"

"Maybe the 15.99 price at iTunes fo the album justifies the missing track here. Miss Tinkles Overture is missed, but the mp3 is only 10 bucks. Excellent show compilation though. I downloaded it here, because I support nugs.net and live downloads."

"Why is miss tinkles missing from this download, it is the last song of disc two on the itunes download????"