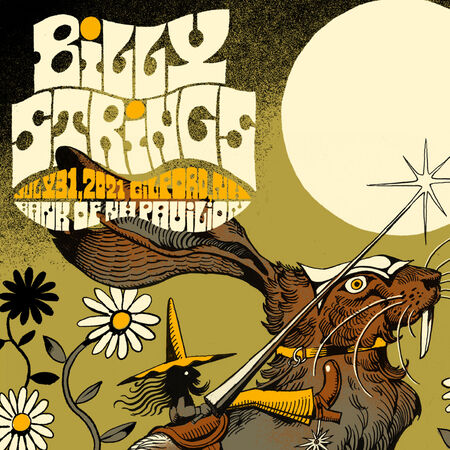 A Robin Built A Nest On Daddy's Grave 278

"Good lord. Energy was palpable at the venue. Perfect blend of bluegrass classics, Billy originals, and throw in a phish cover and an incredible Cassidy. Show of the summer for me "

"Amazing show start to finish, knew it was going to be good with the jamming creek opener."

"I discovered that Billy Strings existed on a Phish site about a year ago. The first time I actually heard him was from a YouTube video that showed up on my newsfeed of him playing Thick As A Brick . Was quite impressed. Then I got Nogs and started listening to shows after listening to two of they're albums to death and became psyched to try to see him. Well this was my first show that I saw. I was near the top of the pit both nights and the sound was incredible! From the very start they seemed completely locked in along with the rest of us concert goers. Never thought I could sustain my zombie snake dance for the whole show but was so inspired , who'd have thought one could do said zombie snake dance all night to bluegrass. So glad this was my first Billy Strings show!!"

"Words can’t even say how amazing you guys are "

"Saw him for first time at Floyd and ??. Obsessed. Thanks for posting - loved “Cassidy”"