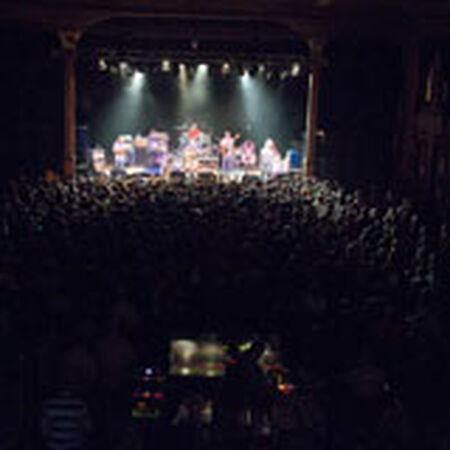 The Man Who Invented Sin 479

"My go to Railroad Earth shows have been the High Sierra 06 and Portland New years 08. Turner Hall is now right there. Went to this one and had a blast. Just a great show beginnning to end. Love IT!"

" This show was absolutely white hot and smoking right out of the chute. All members of the band contributed to a memorable wrap up show for the tour which ended at Turner Hall in Milwaukee, a funky old dance hall with a wooden stage, and dance floor which sloped into the stage! Every song stood out, especially the new jam " The man who invented sin " which the band broke out in Iowa City earlier in the week, leading into the Mighty River.....these guys came to play! Every song was as tight as a drum, and this entire show is a " must have " for serious fans of this awesome band!"