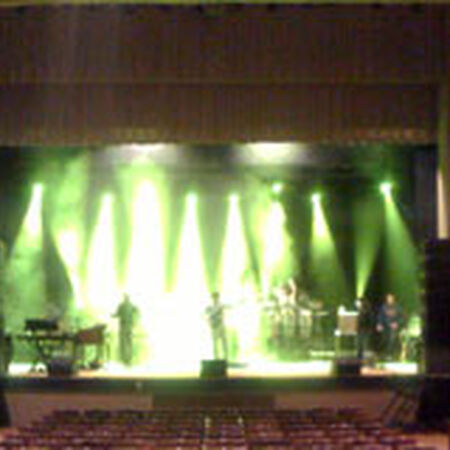 "Its kind of dissappointing that this was the second UM show i've been to, because I've seen them live 6 times now, and they all havnt compared to this show. Not to say all those other shows sucked, but this was the best umphrey's show i've ever seen. This was somewhat due to a great setlist, but mainly the jams. Push the pig had a great jam, the jam they had for the second part of Ringo was really good, but the highlight of this show was the second part of Nothing too Fancy. This jam was pretty much the most intense jam I have ever heard. What a great way to close the set. I highly recommend you download this show. If your short on cash though, pick up the second part of Nothing too Fancy."

"Sick fuckin show... loved get in the van"

"HELL OF A SECOND SET....SOUNDED A LIL LIKE PARTS OF LIVE AT THE MURAT WITH THE NTF,RINGO,THE FUZZ,HAJIMEMASHITE, BACK TO RINGO JAM...ALSO A SICK ENCORE "

"all i can say is, EXAMPLE F**KING ONE!! the ringo was a genuine WTF just happed moment. I definately reccomend this show to any and all UM fans."

"Amazing show, once they busted out Partying Peeps they never turned back. The managment was a bunch of nazis and the venue was not good for an Umphrey`s show at all. NO DANCE FLOOR. Hopefully they let me bring in glow sticks to the canopy club in 2 weeks. I`ll have way more fun."