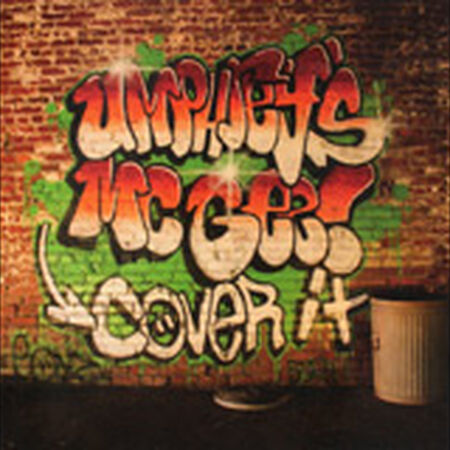 A few years back, a couple of Umphrey's fans from Tennessee named Chris and Susan started showing up at many of our shows, always making their way front and center and rocking out on the rail. It was only a matter of time until we became friends with this amazing pair of loving people. Over the years, Chris and Susan have come up with the most thoughtful, heartfelt gifts for the band and crew to show their appreciation for the enjoyment they found at our concerts. At Caribbean Holidaze 2008, Chris presented us with a CD that he had created called "Cover It!," a double disc set of Umphrey's McGee covers from the last few years, complete with cover art that Chris had spray-painted on a Tennessee wall and artwork to support this factious release. Never had we received such a gift, a true labor of love from a man and woman who have a deep appreciation for our musical efforts.

Sadly, Chris passed away on August 20, 2009, leaving a void in the Umphrey's community that will never be replaced. In his memory, we will be releasing his creation "Cover It!" exclusively on UMLive.net.

Proceeds from sales will go to USTORM.org, a charity that Chris supported.

"Once again, you guys exceed all expectations. Your willingness to connect with your fans is unparalleled. This is a very classy and touching move. Thanks guys! Looking forward to Jamaica. "

Shine On You Crazy Diamond 725