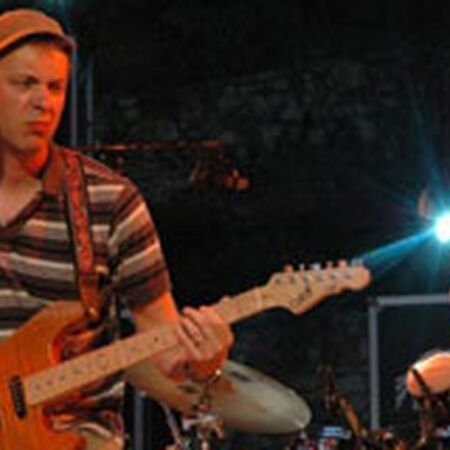 The Song Remains the Same 351

"I hate my life but at least this makes it beraalbe."

"This is my fifth UM show in two years and once again, they were better than before, and every time I think that it is impossible for them to get better they top the previous show. Without a doubt, the energy was amaizing. This band is amazing. I am scared to think that seeing UM in small venues like the Ogden and the Fox in Boulder is becoming extinct. UM will start selling out stadiums before we know it. I feel incredibly lucky to have found this band (or I`d like to say, they found me) in time to see them in these rather intimate venues. Although I did catch them at Red Rocks last year and I cannot wait till they headline that venue. Without a doubt they were better than Moe. Anywho, once again, it was a beautiful moment to witness what I believe to be one of the best bands around. "

"Altitude sickness, schmaltitude sickness. I travelled across the country for this show and Trancegression and I could have gone home after this show and been satisfied. HOLY SH*T!!! Download this now. The other reviewer is dead on about the energy. Before the show I was surrounded by people saying "Umphrey`s isn`t my thing. I don`t think they`re that good." Halfway through the second set, those people were rocking harder than anyone! This HBB is one of the best songs I have ever seen live and I`ve seen a good amount of songs live."

"Amazing show. Turbo Padgett`s came out of nowhere and is up there with my favorite openers ever now. I was blown away. It really set the mood for a rager. I think I can say that I had never seen UM jam with such conviction and intensity as I did Friday night. The two Stews in the first set never hit a dull point. Rosanna was a blast, of course. And then to close the first set with the rest of Padgett`s was just pure fun. Wormbog and Got Your Milk were a lot of fun as usual and pumped me up for the SICKNESS that was about to come. The HBB was the highlight of the whole weekend for me. I was smiling the entire time, and i LOVE it when UM peaks so hard that I find myself jumping up and down involuntarily. The HBB was the quintessential example of the energy exchange that happens between the band and the fans that really propels a jam into pure bliss. As the jam got more intense, the crowd got louder and more excited. As the crowd got more into it, you could see the band getting even more into it. When I looked up and saw Bayliss with his jaw all the way open in excitement, a crazy surge of energy came over me, making it even better. I just love it when the whole venue, both on- and off-stage, is together in the same sense of excitement. That`s why this HBB was so epic to me. The band was just as blown away by themselves as we were. That`s what it`s all about for me. FF was solid, with a great jam in the middle. The Sociable was also good. Believe the Lie took me by surprise as the closer. It was the most rocked out, energetic BLT I`ve ever heard. Great way to close the set. "