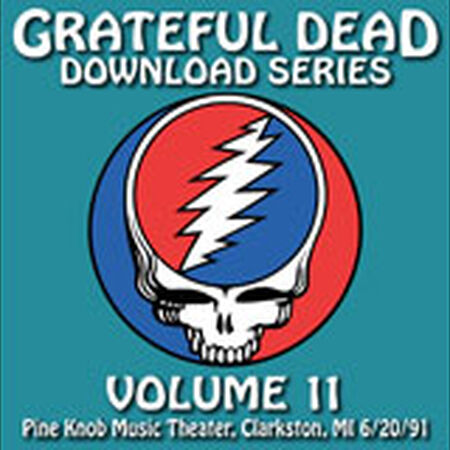 Fire On The Mountain 816

All Along The Watchtower 460

Standing on the Moon 636

The addition of Bruce Hornsby to the band brought with it another texture to compliment the existing lineup, and in addition to some masterful performances, 6/20/91 treats us to one of the most intriguing and spectacular second sets of 1991. Following a first set that is capped with a lengthy, inspired reading of "Bird Song," the band comes out for the second set and surprises virtually every Head in the house by opening the set with "Throwing Stones," followed by a peppy "Iko Iko." And if that wasn't a shocking enough song placement, the band then continues to obliterate expectations by playing a very rare pre-Drums "All Along The Watchtower." And just to remind us that they were paying attention, they end the show with a smooth return to the "Throwing Stones" reprise into "Not Fade Away."

Because there was some great music played the night before at the same venue, we have included a number of bonus songs from 6/19/91, including the post-drums segment from that show, an equally surprising "Stella Blue>The Other One>Johnny B. Goode" set closing jam.