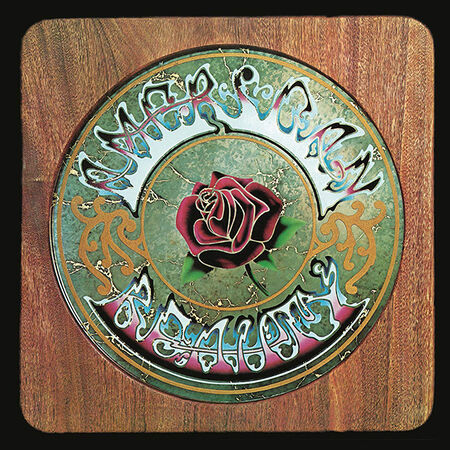 “It has some of the first things I’ve written, and that we’ve performed as a band, that in my opinion are genuinely beautiful...We were in the studio, creating this thing, pullin’ together, and because we managed to get off under those circumstances the music has a certain quality.” - Jerry On American Beauty

"I listened to the album two or three times that night just taking it in, living in its world, and loving it, trying to understand what this feeling was. It wasn’t happy, nor was it sad. Yet, it reflected the presence and possibility of every emotion in the rainbow, and the recording was unbelievable. The talent and musicianship were undeniable. The lyrics melted my mind." - Jim James, My Morning Jacket

"A complete contentment shines through the vocal work on this album. A full contentment. The instrumentation is rich with sound that moves through, under, and into the listener. Damn it all, the album is American beauty, of the best possible kind. The positivity of the Dead just can’t be kept down. Look at the cover. 'American Beauty' can also be read as 'American Reality,' thanks to Mouse Studios. If more of the American reality were this album, we’d all have a lot more to be thankful for." - Andy Zwerling, Rolling Stone, December 24, 1970

We are thankful to be here today celebrating the Grateful Dead's most lauded studio masterpiece with a 50th ANNIVERSARY DELUXE EDITION. Available on October 30th, the three-CD set will feature the original album with newly remastered audio, plus one of the most requested archival recordings in the Dead's vault - the unreleased concert recorded on February 18, 1971 at the Capitol Theatre in Port Chester, NY. On stage that night, the Dead debuted a whole new batch of songs, five in all: “Wharf Rat,” “Playing In The Band,” “Bertha,” “Greatest Story Ever Told” and “Loser.” Fans were also treated to a few standbys from the previous decade, including “St. Stephen” and an inspired “Dark Star>Wharf Rat>Dark Star” jam. Notably, keyboardist Ned Lagin (who played piano on “Candyman” on American Beauty) sat in with the band for the show. It's all been mixed from the 16-track analog master tapes by Jeffrey Norman at Bob Weir’s Marin County TRI Studios and mastered by Grammy® Award-winning engineer, David Glasser. How about that!

The show has been mixed from the 16-track analog master tapes by Jeffrey Norman at Bob Weir’s Marin County TRI Studios and mastered by Grammy® Award-winning engineer David Glasser, with speed correction and tape restoration by Plangent Processes.

Till The Morning Comes 188