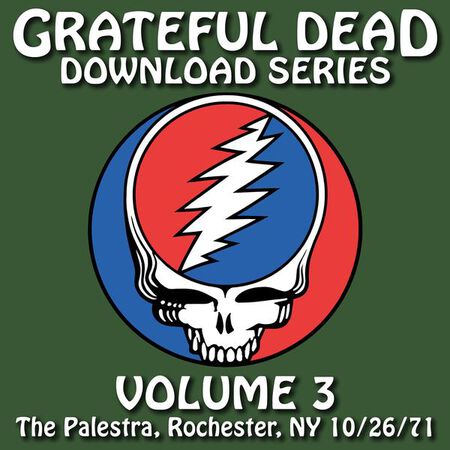 What Pigpen brought to the Grateful Dead in personality and sheer musical bravado, Keith made up for in talent and creativity at his instrument. Even though he'd been in the band for just one week, you wouldn't know it by his contributions at this Rochester concert. Aside from the incredible musicianship he incorporated into the band's sound, his presence seemed to reinvigorate the band.

The highlights here are plentiful, but of particular note are the nascent versions of "Sugaree," "Tennessee Jed," "Jack Straw," "Mexicali Blues," "Comes A Time," "One More Saturday Night" and "Ramble On Rose," all as impressive as any versions from the much-loved Europe '72 tour, but with a much more raw energy and filled with giddy newness. Add to these brand new songs staples such as "Cold Rain and Snow," "Loser," "Bertha" and "Big Railroad Blues," the show is capped off by a typically powerful "Truckin'>Drums>The Other One" jam, providing everything you could ask for from this sequence.