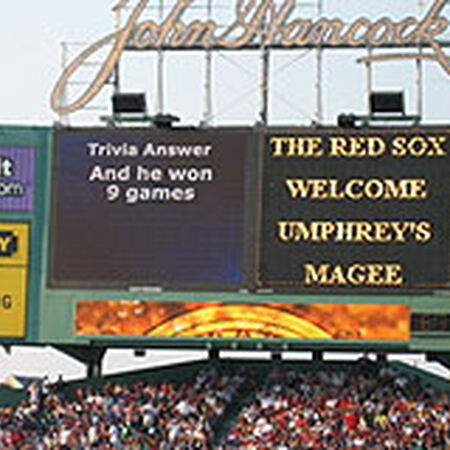 "Then again, like Ponzio, I too was a bit inebriated during Umphrey`s as well. Funny how that always happens. I am gonna pick this up and give a listen again...."

"OK show in a great venue; I was in attendance. Don`t fear the reaper jam in Triple wide was the highlight for me. Umphrey`s never to ceases to amaze at their cover abilities. I have seen Umphrey`s about a dozen times in the Northeast over the years, and this one was probably their worst performance I have seen. Quality of this show is excellent, as usual, and their musicianship is top notch. HOWEVER.....I really got the vibe that they were trying to counter what STS9 had done in their set. Too much improv......if that is even possible. STS9 stole the show this night, and to be fair to Umphrey`s, had they played their own show, and not double billed, this would have been a much better show for me. Listen for yourself, their set by itself is good, but do yourself a favor and pick up the STS9 set too, and compare their efforts, different bands, but the goal was the same."

"Alright, well, guess I was a bit inebriated :) It was just a one verse "Don`t Fear the Reaper" jam in "The Triple Wide". Really thought they played the whole thing. Huh, wow."

"Really, really ridiculous show! But how come "Don`t Fear the Reaper" isn`t in the download??"