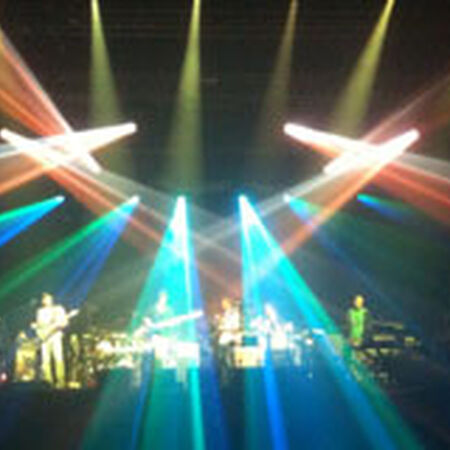 Live from The Electric Factory

"So, awesome show ... loved that they came back with 1348 after the "Umphreys!" chant. Can't agree with all you more, UM should have been closing this night out, as they were clearly rocking the joint. Mantis was awesome and always enjoy Search 4 ... rock on Oh, and doesn't anyone else think the show should be 1/2 price ... since we only got 1 set? "

"I can't wait to download the show. There's no reason they should be opening that night. I screamed for an encore all the way through the matishayu set. Great setlist to make up for the short set."

"The problem with this show is also the most important thing to consider in real estate: location, location, location! I, for the record, hate The Electric Factory. But, I digress. Umphrey's McGee can always be counted on for a stellar performance, they really are an amazing band. But, when the natral accoustics of a room are bested by a whale's vagina, the crowd is undoubtedly going to be left unsatisfied. I can't wait to listen to the recording, as it will undoubtedly be far more fulfilling (auditorily speaking). The saving graces of "The Factory", I know the wait staff (CHEAP DRINKS FOR ME!!!) and i love a Philly crowd. This was also my first time seeing Matisyahu. I'm trying to reserve my opinion of him as a performer based on the aformentioned sub-par accoustics, but I must say that I didn't really enjoy the set. I wasn't aware, and i am Jewish, that moving around rhythmicly on a stage wasn't Kosher. The entire performance, however, was saved by the insane technique and astonishing precision of the drummer in his backing band. I'm told he, along with the bassist and one of the guitarists, also has a group called DubTrio (I will deffinitely be checking thm out in the near future). Brendan Bayliss also joined the ensamble for an inaudible moment or two with his guitar. Other than that, there were some other raggae/hip hop artists who joined him for some much appriciated free style time. My favorite part, bar none, was when he made everyone in attendance smile by pulling 30 or so fans onto the stage with him. I truly love seeing an artist humble himself like that..."

"yeah, i also think matisyahu shouldve opened instead of umphrey's. at least when um openeed for sts9, they played a second show later in philly. i needed my umph fix and last night wasnt enough. and when matisyahu used his time to bring out 2 whack rappers, i was out."

"Nice mellow set in the hazy electric factory---which blew up for mantis ff 1348. tearing with ridiculous lights, crowd rocked hard but would have from the start without the matisyahu kiddies. "