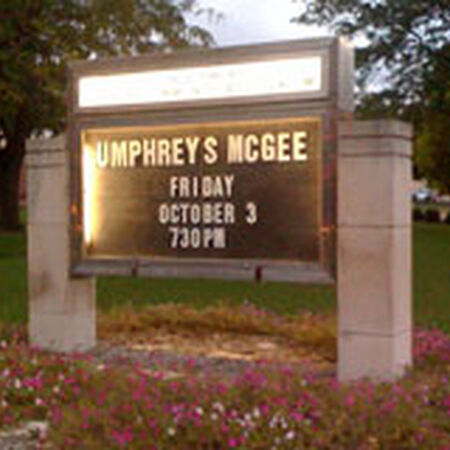 "I've been to quite a few UM shows, and I gotta say that this show was pretty f***in tight. Fussy Dutchmen made the show for me but then when I heard Wizard Burial Ground it was over. I agree Passing > Intentions Clear isn't the best move (on The Floor you actually see the set list and we missed out on Smell the Mitten, *sadness*)."

"the second set was awesome, and the light show was ridiculous. Didn't care for the assigned seating though. Never the less, awesome show."

"This show was real funny on a lot of fronts. Unfortunately, funcie security locked everyone in and didnt afford anyone pass outs so it was a VERY tense vibe going into the second set. Whether they knew it or not, the boys specifically came out swingin in the second half to keep the restless crowd content. Now I heard quite a few people disapointed in the show leaving, I for one thought it was a damn fine show. They played a lot of more obscure technical songs in the first half and then brought it home swingin for the fences in the second set. And who doesnt love 'dr feelgood' and then 'band on the run' as a closer?! Great show, definitely better than the last show in Indy. Thanks guys!"

"Yeah this show is solid with some really nice exploratory jams. I was 3rd row dead center brehs. Those Water and DBK jams are seriously awesome. And with Waful on the lights, it was even better. Loved tBH>Feelgood>tBH. Definitely not an off night for the boys. If anything, it was an off night for the umphreaks. Crowd sucked but they still delivered!"