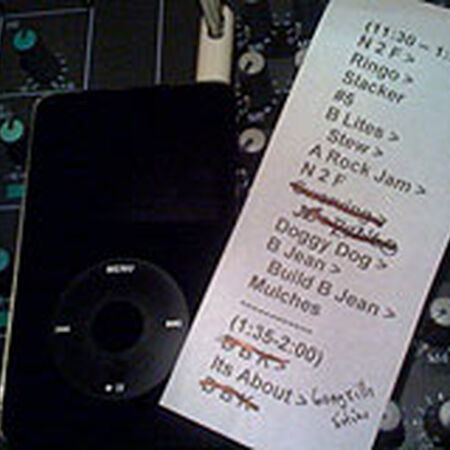 Voices Inside My Head 231

"Anyone who witnessed this mind-blowing musical feast was enlightened, no doubt. Umphrey`s Mcgee rocked the Lincoln Theatre, especially pulling out that Michael Jackson cover.. yes yes..Thank you for visiting the south once more, please please come back this fall! (Asheville loves you!) (Let`s throw a 3-day UMPHEST!)"

"WOW! I`ve seen Umphrey`s twice before this and never have i seen the energy and growth of a band amount to a pinnacle show like this. If this show is a sign of the direction they are going then the fans (and future fans) are in for a nice surprise! "

"This was my first UM show. I have been to many shows and festivals over the last 15 years and this show was one of the best. After the first set in Cary, I was impressed, sounded like a good jam band. And then they blew me away at the late night set. There was a wide array of beautiful sounds, deep beats, breaks, while sometimes building and then releasing. The crowd was great also. I can imagine that it was difficult for the UM and STS9 team to organize two shows in one night, but I gratefully appreciate their dedication to the art of music. Hopefully you`ll come back to Raleigh soon. Nothing beats a festival atmosphere with the comforts of home! "