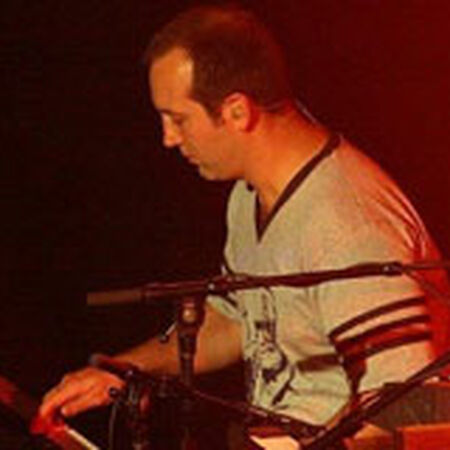 "Wow! What an amazing Umphrey`s show. It didn`t even matter how hot it was or how gay the bisco fans were. It was just a great set all around. Wizard Burial Ground is starting to grow on me, but from Walletsworth to Panama there`s not much more that one can say other than absolutely spectactular. It was my first time seeing the Disco Biscuits and I can`t express enough how terrible I thought they were. And I have actually started to listen to them more and more. There sound was horrible and you couldn`t hear Gutwillig`s voice at all. The only good part about their set was Bayliss coming out and saving their asses. I can`t even believe Bisco had enough guts to come out and play an encore after the set Umphrey`s had just pulled off. It was an amazing show from start to finish. Almost as good as the Tabernacle show last November, and that says a lot. The Raleigh and Atlanta shows were both awesome but I can`t decide which one I perferred better. Can`t go wrong with either one of them."

"Wizard burial ground is a sick new tune, not many bands can pull that stuff off live like they do. Great show. Long live the umph!"

"excellent show, probably one of the best this year. just had a correction though: magner doesn`t play during walletsworth; he plays during the jimmy stewart out of FF and into Nothing too Fancy."

"This was definitely one of the best shows I`ve ever seen. Umphrey`s tore face through this entire grueling monster-set. Another great recording, thanks guys!"

"The walletsworth stew is as tight as they come, entire show has plenty of umphreys at their improgest"