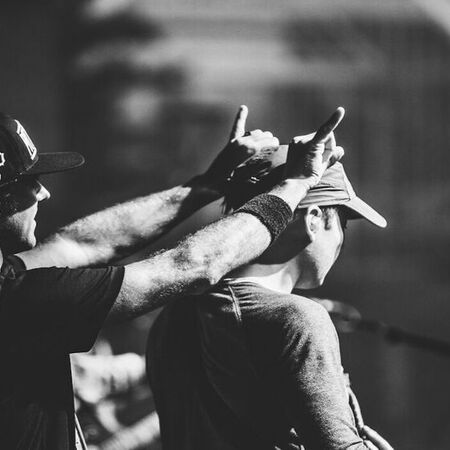 "Excellent show, higgins, mantis, bulls on parade, I thought my brain exploded, shitty rent a cops though, my friendgot kicked out for underage drinking even though she's almost 22 years old, that was silly "

"One hot night!! The band and the audience had a Saturday night balls out approach to the evening!! I got some dirty love as well!! Like that tacky little pamphlet in your daddies bottom draw!!!"

"A hot night in an old amusement park; oppressive humidity and temps over 90 all day. I honestly don't know how this band brings it night after night after night under conditions that bad or worse. The show was three hours long not including the break, and as always, UM gives you your money's worth. Ninth time I have seen them,and the setlist was laden with stuff I don't get to hear that often and that was a good thing. There were smoking jams and odd rhythms, great lights, a few covers, a few guests and a good crowd. For some bands an epic night but just taking care of business for UM. These guys are the real deal and this was a solid, solid show. I'm buying it. The only down of the evening was the bike police, polite though they were, insisting that no tailgating go on. Any 420 was discrete, there was no loud music blasting and alcohol was done low key, but still not good enough. When the doors opened at seven they told everybody to pack up and go inside or they'd get run. Silliness."