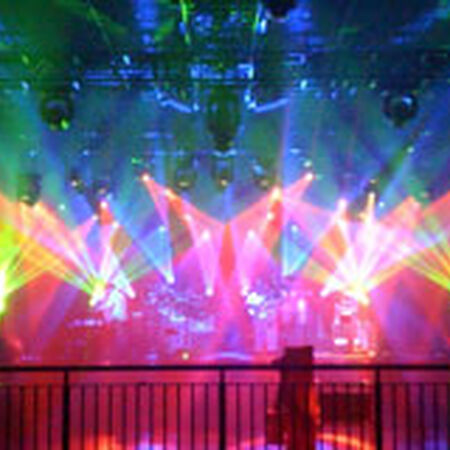 Order both New York shows and save 15%

"Umphrey's brings it every night and the two night run at nokia was no exception. I love front porch and they rarely play it so the encore was badass imo. and i do not mind hearing mantis two nights in a row - especially with a 3x samie. Chromeo? c'mon - you gotta love it! "

"this show is awesome. i was on the floor the whole time. People were going nuts during 1348, so idk why anyone's complaining. N2F into Divisions was sick; the whole second set blew me away. Loved that Bonafide Lovin cover. The entire 1st set left me dancing the whole time. This a great show to own (and the night before complements this one very well) Totally get it!"

"OMG-they performed the same songs 2 nights in a row? I can never be a fan again! Yes, I say that with tongue firmly in cheek because-WHO CARES?? They are great songs from a new CD they are promoting and both shows are amazing. I wasn't at either show but I have them both on Cd and they are both well worth the money. Get over the 2 repeated songs, it is hardly an earth shattering development in the bands career."

"was at this show and it was incredible...i agree kind of weird they played those 2 songs back to back but I wasn't at the first show so I didn't mind. 1348 is insane and drives everybody nuts especially when played as an opener/near the beginning of the show ...ala chalkdust torture with phish. Mantis>triple wide>mantis was also the highlight of the first set. Nothing too Fancy was its usual nastiness into divisions which makes everybody happy. the return to N2F from pay the snucka was also pretty sweet. Then and unexpected cover of chromeo's bonafide lovin really hit the spot. encore was kind of weak but who cares these guys are amazing and bring the heat when they come to NYC let alone every other show they play. "

"WAY better than the previous night - although like has been pointed out, playing 1348 and mantis again at the same venue was a pretty weak. luckily they are probably my 2 favorite songs from mantis, but still would have rather heard something else. the robot rock was more of a tease in triple wide. cool though. that was the highlight of the first set, easy. second set N2F>divisions was so good, but the hangover kind of killed it for me. the bottom 1/2 was good (the jams out of this song have been consistently great lately), and the snucka>N2F was sweet. i have never heard the last song they played before (bonafide lovin) but it was a fun one. and the front porch was ok (not my favorite). i definitely liked this show SO much more than the previous night, but on an honest scale of 1-10 in terms of what umph can do, i would say this show was a 6-7/10. just my opinion, but that's an honest appraisal of the show. "