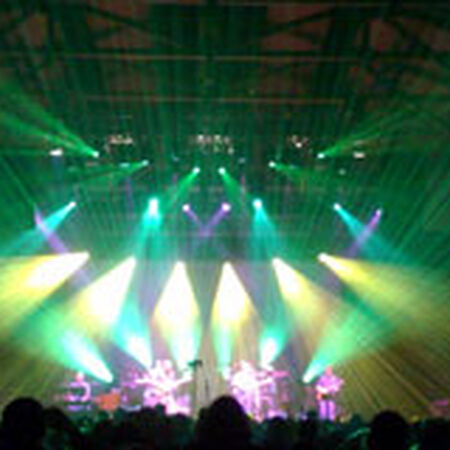 "I thought set one was one of the best ever. I listen to it over and over again and it keeps sounding better. Jake's spacey groove in Alex's House was unbelievable."

"phil's farm is ridiculous. one of the best jams out of the band this year. all over the place. so many separate "sections"...and ends in pure bliss. worth the d/l for that alone...but there's so much more to this show. the mulche's>crooked one>N2Fend is sick too. they were very relaxed and flowing on this night. one of my favorite shows of the year...and that's just LISTENING to it...can't even imagine what it was like to be there."

"Actually if you look at the setlists from this past week's run (starting with 4/1 in Buffalo) you will see that this has been the norm. Umphrey's likes to do run's with "themes" if you will, such as last year's West Coast run that produced a new cover at every stop, or this year's Atlanta to Birmingham run from 2/19-3/5 where they opened each show with a new recorded original playing over the house when they hit the stage, then proceeded to play along with it. So this run we've got the Set-wide sandwich: In Buffalo 4/1 Set II started and ended with 40's Theme, then in Delaware 4/2 Set I started and ended with Ocean Billy while Set II started and ended with Slacker. 4/3 at Penn's Peak Set I started and ended with N2F, and then last night in Set II we get a huge Divisions sandwich, but they surprisingly ended the set with 1348. Tonight in New Haven we get a special Acoustic show, only their 2nd ever, now THAT is something special if you are eble to attend!"

"I know we have all heard of song inside a song. How often do we get to see a set inside of a song. The answer is not that often but if you were lucky enough to catch UM last night in jim thorpe you got to see it. Nothing too fancy to a great set including an unheard of mulch's odyssey and then finished back up with nothing too fancy. It was a treat to the ears. If that wasnt enough they also had some of the best lighting and visuals I have seen. A great Phils farm followed by another note for note cover...I want you by the beatles. Also, Jakes perfect rendition of voodoo child instrumentals. Thanks for comin out ryan, we hope your shoulder gets better. It was a great show right through when i got fought for brendans pick. (sorry, better luck next time). Lastly, great way to encore with the instant classic and epic Mantis. cant wait till mt jam!!!"