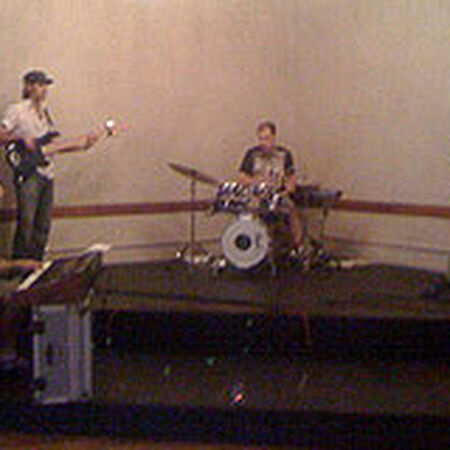 "Truly Hot As Balls...truly - both temperature and music! Another A-Game performance boys! "

"ENCORE WAS THE SICK IVE SEEN IN A WHILE Dont fear the reaper jam into N2F reprise, nuff said buy this show"

"Example 1: I`ve never heard this song before, but it`s definitely a new fave. It was a perfect song to open up a long hot sunny day with. Pretty chill, but they still brought the groove. I think they were working us in. The Bottom Half: I was always neutral towards this song, but again, it`s so much better when you witness it. The 4 bar reggae section is always a good time, and IMO this sandwich was when Andy brought the deliciousness. Atmosfarag: Joel started wanking (I use this term in a very friendly manner) on the Moog with the 5th^ effect and I think I was the only person enjoying it (poor keyboardists.) He hit the Moog analog delay and then I go, "WTF is this `Atmostfarag`? Can they even play this live?" And to answer my own question, yes they can play it live and it is so atmospheric (pun?) and even ethereal. When it goes to the "chorus" I just had to close my eyes and let it all go. TBH: Mmmmmmmmmm sandwich. Pay The Snucka: Every time I`ve heard this song I`ve just had to laugh. Part 1 was always fun to me on the UMlives I have but Part 2 has always been pretty boring, but it definitely wasn`t on Friday. Part 1 was funny as always, but Part 2 pretty much put the rap concert below us in The Shelter to shame. Honestly, if those gangstas would`ve come up and heard the huge bass notes that Kris was triggering they probably would`ve ditched the rap show in the basement and leaned back to Umphrey`s McGee. Andy`s Last Beer: Middle era Umphrey`s-- ya just can`t beat it. I went nuts. I thought the crowd did a pretty god job during the clap section, especially me (a humble bassist) and MagnumPI (a sick ass drummer, in my band actually.) This song is just straight up fun. Pay The Snucka > Immigrant Song > Pay The Snucka: I don`t know the words to Part 3 (something something double down?) but for whatever reason I just find that part to be so badass. All 3 of the vocalists were spot on. "Immigrant Song" was a treat and the guys really know how to handle Robert Plant lines. Then it was rawk city. #5: The first thing I thought was "Wow this is a random set opener" but what an awesome song. To me it`s like King Crimson + Untz + Andy Farag is the shit. Seriously, Andy needs more love, and he needs to smile and talk more. ;D Brendan was nice enough to kneel down during the perc solo. Resolution: Well, I heard this in Ann Arbor in December, but my God. In the jams, I went from dancing my feet off to closing my eyes and being surrounded in bliss. Even on the UMlive if I close my eyes during the feel good jam it gives me goosebumps. Nothing Too Fancy: Ohhhhhhhhhh shtttttttttt people were calling it and here it was. I never knew that this song was such a crowd favorite but I can see why now. Dance freakin party. Walletsworth: I always thought that this song was pretty cool. It gave us time to cool down, drink some water, wipe the sweat off our faces, catch our breaths, whatever you do in 110* Detroit weather. Dump City: Awww HEYLL yeah. This has always been a favorite, and the fact that they played it at my 2nd show was such a treat. I`ve finally figured how to play the bassline after watching Pony. ;) Joel started the Jam (first of the night?) and it was funny to me because everyone int he band seemed to be like "wtf is he doing?!" If you listen to the UMlive you might be able to see what I mean. It ended up being an awesome jam, like best ever, but just to see Pony stand over the keyboard and look at what notes he was playing then mouth "E flat" to everyone was just hilarious to me. Maybe it`s the nerdy musician. I thought the transition was about to be awkward as hell but it was not. Hey 19: The percussionist that plays with my band was with us too, and Steely Dan is one of his favorite bands, and I always thought this song was badass too. Other then Brendan`s hilarious voice crack I thought it went really well. They jammed it out in the end it was similar to old energetic Phish when all you want to do is jump around and just be happy. Don`t Untz The Reaper >: I`ve heard them tease it before but the fact that they played the whole thing was awesome! I liked how they changed it from the 60`s rock to a shameless untz rock. I was upset that Andy didn`t wank on the cowbell though. It seems to me that Andy just doesn`t have a good time up there, but that could be a different discussion for a different thread. Nothing Too Fancy (end): I think the crowd wanted to die when we were heard it; it was just too good to be true. So Pony was hitting on my girlfriend the whole show. We were in the front row, and she was blowing him kisses and he`d wink and it was pretty damned funny. I actually encouraged it. Pony drank half a water then threw it right to her and she drank up and made me take a picture. And on a lighter note, what was the rap song they kept playing. It was badass. "A nickelback of funk?" Something like that."