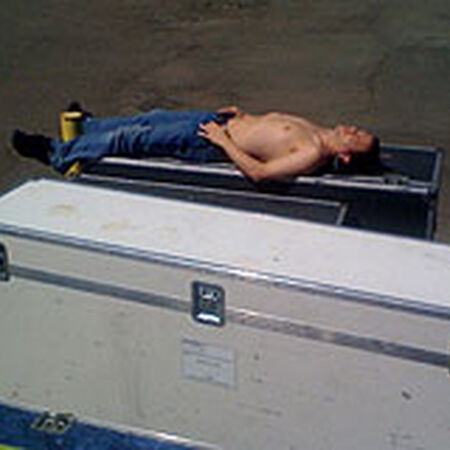 "it`s already been said, but the standouts in this show are the N2F and the 35 min DBK - not because of their lengths, but because they both cover so much territory. The slacker was also pretty funky and definitely started the night out strong. Red was a nice rarity to squeeze in there. And the dear prudence enc was a pleasant way to end (a personal favorite song for me). I saw this and the New Haven show, and I would say this show was definitely the stronger of the two - although they never disappoint. This was also the closest I have been to them (both venues were VERY small) and was great to watch the communication between Jake, Ryan, and Brendan. But the hand signals and faces don`t account for ALL the amazing jam shifts, key changes etc - there`s something ESP-like going on there too. In my opinion, there is no band out there at the level these guys are at. There is a lot of great music out there - but nothing on par with umph."

"it was a good show and n2f was indeed amazing... however the next night in PA was a better set list and an all around better show... get the one from 4/18 when they put that up... Sick show..."

"I`ve seen Umphrey`s 5, nay, 6 times now, and the first set was the best they`ve ever sounded. Absolutely the best "Nothing Too Fancy" I`ve ever heard. 2nd set was great as well, and the "Dear Prudence" cover for an Encore was a great way to end the night. Definitely give this show a listen!"