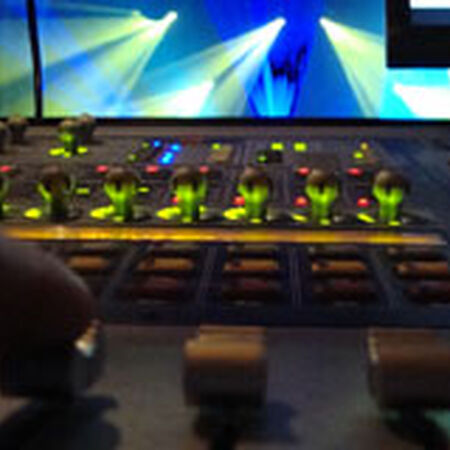 "this show was the knees! UM should come to toronto more often!! the set had some killer playing, i was up front first set and dancing all second! what a trip the night was!! hope to do it again sometime!"

"This was a show for the music nerd in me. And yes I could be called a bit of a music nerd/geek. The sheer awesome that was this event, amazes me even now, only a couple days afterwords. The creativity, the musicality, and the atmosphere were just utterly amazing. The concert was at Toronto's Opera House, an old vaudeville theatre that has been around since the late 1890's ish. Its a smaller venue, and I think can hold only about 800 people max. I somehow managed to get there, find a parking space, get magically almost get to within a meter of the stage. I think my jaw was literally on the floor all night long, just in shock at how good it was. I was only introduced to this band about a year ago, and was kind of iffy on going, since I didnt know how it would turn out. That being said, the ticket was around 20 dollars, and I managed to get a good friend of mine, the very friend who introduced me to this band to come all the way from Waterloo to see them with me. This all implies I really didnt know the songs that were playing. And yet I was still awe struck. Up until this point I had only listened too a couple of their studio albums, which turns out are completely different beasts when compared to the bands live performances. Both are equally amazing in their own right. One of the strangest things, I was not expecting was all the dancing that happened. I was just kinda standing there, enjoying the music, and realized that everyone around me was dancing in their own way to the grooves. I'd say the one of the best parts of this whole thing, was that, I was able to buy a recording from umlive.net of the concert I saw. In FLAC no less. I am so very pleased. SOOOO PLEASED! Cost was only 12.95. Needless to say, Umphrey's McGee needs to come back to Toronto. [insert shameless plug]: For anyone who can enjoy HIGH quality rock music, check this band out. Immediately. Do it. Now. The album that got me hooked was called Anchor Drops. In recap, this was one of my most memorable concerts. And will likely remain that way. [Reposted from lastfm profile]"

"I was at this show. It was a freaking awesome time. Funky, groovy, haaard, heavy, crunchy. What else can I say. I'm re-listening now. Just as good as I remember."