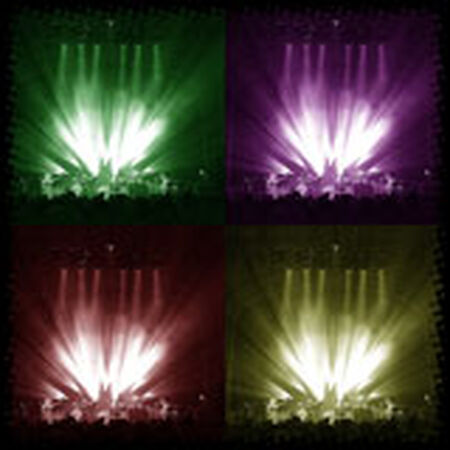 Tribute to the Spinal Shaft 793

Running With The Devil 215

Another Brick In the Wall 264

"First Umphey's show for me, the only other bit I had seen or heard was the DVD from 2002. As soon as I heard they were coming to Zoo town I snatched tickets knowing they would be gone soon. Every show I have seen at the Wilma has been incredible. The amazing crowd, plus one of the most talented groups of live performers you will ever see performed a historic show. This is a COMPLETELY different band than seen in the DVD from Chicago. A night I will never forget; incredibly tight changes, the heavy metal aspect of this show ripped my face off, and such a solid set list. I am sure at set break they wrote a new set list for the second half of the show because it was HUGE."

"The above reviews definitely got it right with this one, rager from top to bottom! Highlights were the show opening Partyin' Peeps, Miss Tinkle's, and everything inside of the Pay the Snucka sandwich. I had an incredible time at this show, kinda reminded me of my first Phish show back in 1992 at the Boulder Theater. Very high energy from both the crowd and the band."

"UM-freaking-believable!!! About my 8th UM show and they just somehow get better and blow my mind that much more each time! They were definitely feeling Missoula, as was one of the most raging crowds i've ever had the privilege of being a part of! the Peeps opener was an incredible way to start the show......highlights were definitely TTTSS, Hurt Bird Bath, Andy's Last Beer, Wappy, Snucka, great Floyd covs, Get In The Van, and the Miss Tinkle's encore.....all arguably the best versions my ears have heard.....a MUST download......100 million gold stars!!!"

"I'll start by saying that the 7 year wait was worth it. Up until this show, UM hadn't played at the Wilma since 2003 when they opened for Leftover Salmon (weird right?). So energy from all of the locals at the show was just off the hook. Really, fans had been anticipating a return for years. The Partyin' Peeps opener, blasting through the speakers at intensely high levels, was clear, tight and the vocals were exceptionally solid. The heavy metal rave the ensued was mind blowing. I was completely mad for a week after the show, blathering constantly about the perfectly synced strobe light show, rippin' guitar, solid vocals and wicked sets. The ten minute Wellwishers was AWESOME. This show blew most of the Umphrey's I've heard out of the water. Now I've finally gotten around to cranking my copy of the show, and the biggest thing I'm noticing, beside the usual shredding, brilliant improv, and INSANE song structure, is a great heavy metal tone (fine tuned, heavy, clear, and original) coming from the band all throughout the sets. Man, just getting through the end of Wappy>Snucka>Linear right now and just loving the dark side of UM. The overall show IS DARK, with an evil rendition of some evil songs: Pink Floyd's In The Flesh>Another Brick In The Wall. Don't worry though, there are some happy moments with PP, Turn and Run, Running with the Devil and Resolution. The mixing is solid, the Setlist is phenom, the performance is top notch, and the energy is crazy. Throw in the hilarious Van Halen riffs sprinkling the show, and you've got yourself a worthy buy. If you weren't at the show, and you're broke, the show is AT LEAST worth the $10 mp3 buy. I'll see you next time UM."

"AMAZING SHOW !!! They loved Missoula. A MUST DOWNLOAD FOR ANY UM FAN !!!"