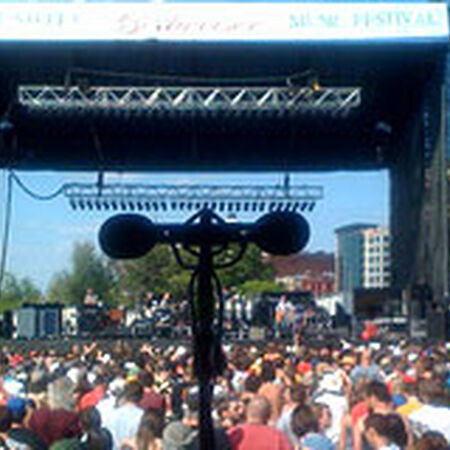 "First time to catch umphrey's and it really left me wanting more. a really short set but it came across very solid. a good bit of jamming and a whole lotta fun. cody dickinson playing washboard was also a very tasty surprise. "

"Josh has some great opinions. Show was completely worth it in every way, paying 8 dollars to see a band this awesome really can't be beat. Had a great time, rocked out, and what's it matter if it's short, this was way too much fun to care."

"For a quickie festival one setter in the afternoon, this show was a blast. Sure it was relatively easy to call what songs would be played based on the previous setlists, but the In the Kitchen has a fabulous Jam in the middle of it, Syncopated Strangers is ridiculous, Plunger was nuts with a big jam at the end that segues right back into In the Kitchen. Then Umphrey`s busted out HBB and all hell broke loose. The first jam section was very good, the and the second basically turns into a billie jean jam right into the final composed section. Rocker Pt II followed, which I really enjoyed since it was my first, end of the road with electric washboard was great, screw the haters, and Mulche`s sent me to the floor, I was not expecting that!!! Worth the 8 bucks"