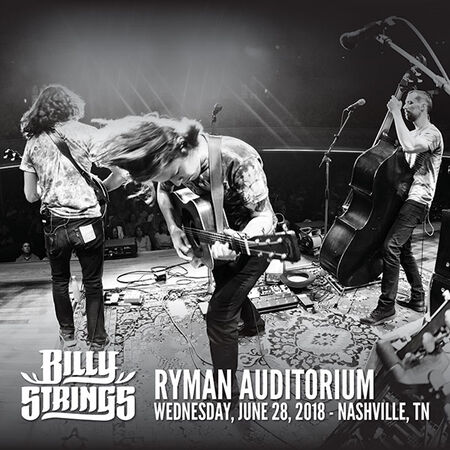 "May be one of the more historical shows for current lineup of Billy, Jarrod, Royal and Billy who had only been touring together for maybe 8 months or so. This was a feature performance as part of Bluegrass Nights at The Ryman and the bands first time on the Ryman stage. It’s a total classic before the big sound system and light show used now and before many of the songs like Turmoil and Meet Me At The Creek received enhanced sounds from new effects pedals and jammed out psychedelic sounds. It was a mixed crowd of “blue hairs”, regular Wednesday night crowd and maybe 50% of locals and family who were already turned on to Billy Strings. I remember vividly when the band got half way into Little Maggie, we (Billy Strings fans) all started standing and dancing which was not the usually for Wednesday night Bluegrass. You can hear the energy go to another level. I hope they release this show on vinyl one day or make it part of a future box set. A must listen for hard core BMFS fans!"