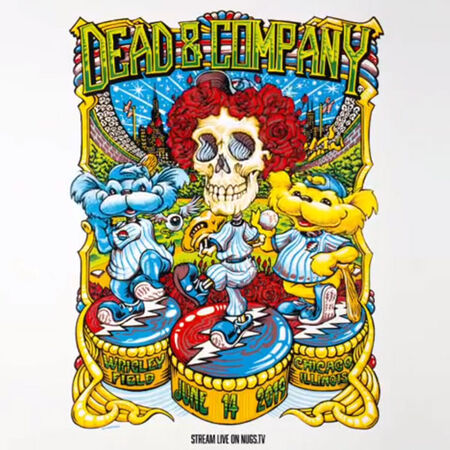 "We were there. The show was the precursor to the final show of the tour on the next nite. Helluva show. Energy was amazing and the guys really delivered!! Weather was sketchy Truly awesome performance and really evidence that they are reaching a titeness that attracts all the heads and a lot of new fans about to become heads. "

"What a damn good swtlist and the boys were on ????????! Had floor Seats all good vibes the rain was fucking amazing what a good fucking time!!!"

"One of the best shows I’ve been too and might not have even been the best wrigley show of the year!!! Awesome night"

"One of the best shows I have ever seen, the St. Stephen>William Tell>The Eleven in the rain was one of the coolest experiences I’ve ever had!"

"What a great show! An amazing night with a light rain that started during Rider. They were on!"