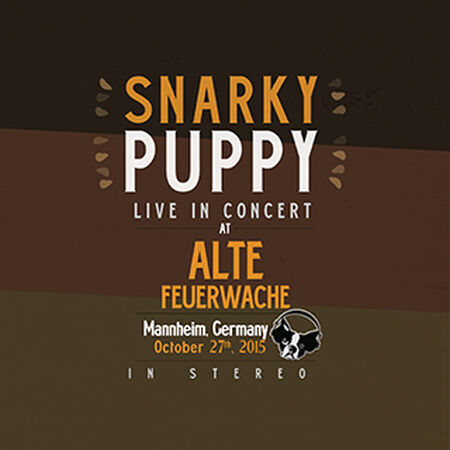 First show of the German tour leg. Big, beautiful old fire-station-turned-venue called Alte Feuerwache (“old firehouse,” shockingly). Packed house of over 800 people for the Mannheim Jazz Festival. This gig is all about Bill. Bob solos over a very slow, groovy Flood. Justin gets playful on Moog during Strawman, and Bill jumps in on the the final solo section, which opens up more than usual. Maz weaves in and out of the harmony on Kite, and Michael goes back and forth with Nate on the outro solo. Bullock and JT get into it on Outlier. First time the new tune Ø has really felt good all the way through. Fuzz solo from Bob and one on Moog from Justin, with a beautifully-phrased Rhodes play from Bill on the bridge. JT and Nate burn the tempo of Tio Macaco near the end of the solo. Justin finds a hemiola and develops it endlessly to take Sleeper through the roof at the end of the set. Michael grooves with the audience at the front of Quarter Master, which has a slow swag all the way through. The solo section turns into a spontaneous D’Angelo medley with Brown Sugar and Left and Right quotes. Bill eggs it on.