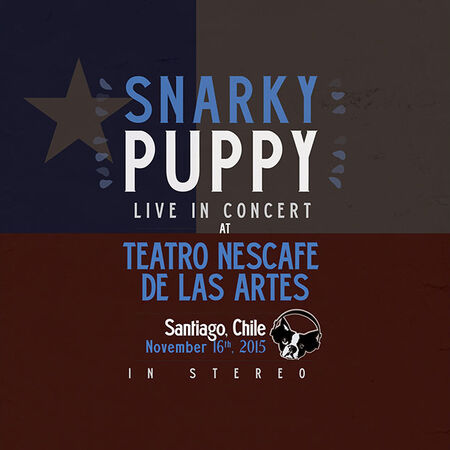 The first song, Flood, is not included due to a technical error in the recording process.

Last show of the South American run, and last with this lineup. Serious gel in the band. Unbelievable crowd. Outlier rocks. The only performance of this with Jamison on drums. He and Bullock bring the energy. Marcelo brings in Binky on his own. Shaun brings the crowd in with an organ solo. The outro goes D’Angelo and simmers. Mark and Jamison get churchy on What About Me? and Jamison gets displacement-happy on the solo. Justin dials up a crazy patch on Young Stuff. Michael, Jamison, and Bill really get into it, swinging during the bass solo. The crowd keeps a pulse while Marcelo jumps all around it on pandeiro for the start of Tio Macaco. He and Jamison take their time in conversation on the solo. Shaun turns the crowd up on Sleeper and drops some Eurythmics. The band encores with Lingus as Bill calmly transitions from mellow textures to rhythmic punches. The second encore features Justin on Shofukan with a beautiful solo on trumpet. The crowd won’t stop. The band drops some go-go. Shaun blames it on the alcohol. Lots of energy from the crowd and band throughout. Very cohesive overall. And very fun.