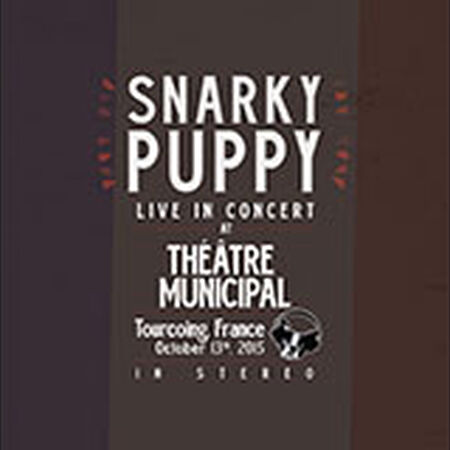 Really special gig. Beautiful old theatre full of music lovers from 8 to 80 years old. The band is playing sensitively to adapt to the room. Lots of restraint and patient throughout. Bill starts things off on Bring Us the Bright and 34 Klezma back to back. Bent Nails is funky. Bullock takes the first solo and Cory and Michael goof off over the vamp. Cory sets up Flood with a lesson in harmony. Justin takes a muted solo. Nate and Sput duet before taking it out. Cory owns Thing of Gold on Moog. Justin gets crazy on Prophet during What About Me? and things get funky. Sput, Justin and Cory duke it out over the drum solo. Bill sets up Ready Wednesday on Rhodes and piano and things go house for a long time before Mark’s solo. Serious grooves throughout. Shofukan gets hood for the first encore with Maz taking the trumpet solo. Nate and Sput take it home. For the second encore, Michael does a brief solo bass version of the old southern spiritual Wade In The Water. It slowly melds into a down-tempo trance which becomes the backdrop for Quarter Master. After the form, the band returns to the initial groove and sits in it for a 19-minute version of the tune. Things build under Mark’s solo, and Michael takes it out with one last reprise of the spiritual. The band can’t let it go and neither can the crowd. Loads of mojo in this gig.