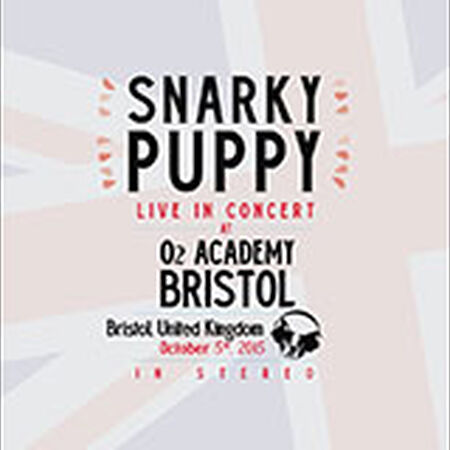 Sold-out crowd of 1,100 in Bristol. Easily 90 degrees in the club. Sweaty, super fun set. Mark takes a soulful solo on Bent Nails. Maz plays on Outlier. Justin and Bill do a switcheroo on the front of 34 Klezma, with Justin taking a percussive Rhodes intro. Mark intros Flood beautifully, and Cory takes things to outer space on Moog. Sput and Marcelo work their way into an incredible groove just before the outro. Hip hop sample heaven. The band tries out Sharktank on the Bristol crowd and Justin freaks out the outro solo. Thing of Gold reels it back in, with Cory taking the lead. Bill grooves the middle of Young Stuff, and the outro bass solo gets into uncharacteristically funky territory. Mark, Cory, Bill, Justin, and Michael hit a serious unaccompanied pocket in Quarter Master. Leads to the deepest groove of the whole tour. The band goes ham. That persists for a while. What About Me? goes slow funk for a verse. Cory takes the Moog intro crazy sonic territory and locks with Sput to close out the set.