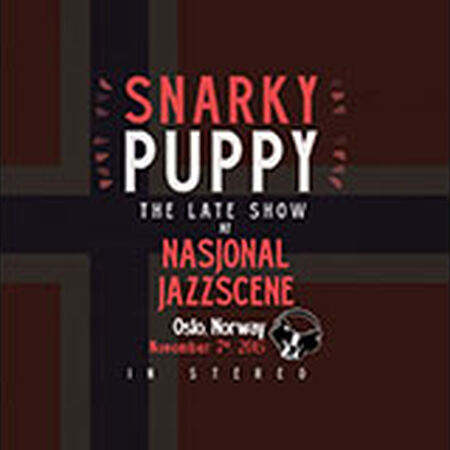 
Last of the four Oslo shows. A very special one. Loads of energy from the crowd. Flood starts off gently until Bill and JT take it through the roof. Bent Nails is fast and funky. Bullock takes the first solo and Justin plays over the outro vamp on trumpet. Both new tunes make appearances. Ø is grooving. Bob turns on the Fuzz Factory, Bill glides through on Rhodes, and Justin takes it home on Moog. Binky starts with a seriously deep dub vibe and returns to it under a solo from Maz. Bullock owns the second section and the band goes D’angelo for the vamp out. Justin takes Nate’s cowbell pattern for a ride in the last vamp in Sharktank. Shofukan breaks down for a solo from Maz on trumpet. Michael and JT set up Quarter Master medium-tempo and funky. Very chill vibe on this one. On the solo section, the band slips into a groove that gets deeper and deeper. Bill dances over it, going back and forth with JBs horn exchanges. Maz gets filled with the spirit and takes the mic. Serious mojo on this one. The band takes it out with the melody and then reprises. The crowd demands Lingus for the second encore. Bill and Michael trade and Bob puts it to bed. Long set full of loads of great moments.