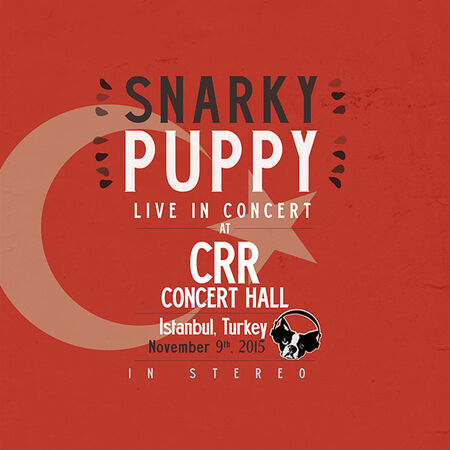 
Last night of the European tour and this configuration of the band. A very special night in a beautiful old theater overlooking the Bosphorus. Amazing crowd and great sounding room. Things ease in slowly with Kite. Maz takes a soulful solo on flugelhorn. Bill keeps things mellow on the outro. Things change direction with Bent Nails. Bullock and Justin take horn solos. Binky has a heavy feel and rocks out. Bullock and Maz really get in on it and Justin drives the bus on Moog bass during the outro. Bob takes things down on What About Me? and the band builds it back up slowly. JT gets a standing ovation after his solo. Justin sings over Thing of Gold on Moog. Nate intros Tio Macaco on bells and snare and locks with JT on the percussion feature. Bill sets up Ready Wednesday delicately and the band goes house for his Wurlitzer solo. The 7-piece Turkish percussion ensemble Defjen (led by daf legend Tarik Aslan) joins for a deep encore of Shofukan. They take the intro on their own. Super powerful groove throughout. Things break down to Defjen and the Turkish crowd singing. We can’t let it go. Overall, a really beautiful night. Loads of juju throughout, especially the encore.